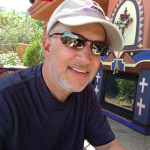 Posted on November 11, 2013 By pcradmin In Uncategorized

A powerful new computer virus was today causing havoc with e-mail systems across the world.

Experts described the virus, called Goner, as one of the fastest-spreading they had yet seen and warned computer users to immediately delete it if they received it.

Alex Shipp, spokesman for anti-virus service MessageLabs, said: “It’s spreading with tremendous speed and thousands of users in Britain have already been sent it.

“The virus mass mails itself out through e-mail and attempts to destroy anti-virus software on computers, which could prove extremely problematic for those unfortunate enough to receive it.”

The infected e-mail has the word “Hi” as its subject and body text which reads “When I saw this screen saver, I immediately thought about you. I am in a harry (sic), I promise you will love it.” Its attachment is labelled “gone.scr.”

It was first detected this morning in the US but experts believe it was created in Europe.

The US, the UK and France are the worst hit of the 17 countries affected so far.

Mr Shipp said: “We had a handful of reports this morning but at mid-afternoon in the UK it went mad. We have had about 30,000 reports and the figure is rising.”

A criminal investigation has now been launched in an effort to track down the person responsible for the virus.

Previous viruses, such as Love Bug, Code Red and the Nimda Worm caused problems for millions of computer users across the world.

IF YOU GET IT CALL PCREPAIR OF CT TODAY AND WE CAN HELP!